Dido and Aeneas and Death in Venice

The two classics; Mann's novel "Death in Venice" and Purcell's opera "Dido and Aeneas" were put on stage as a one performance. Actors played on two different stages at the same time. The challenge was how to communicate that there were two different performances happening at the same time and were part of a one performance? Solution was achieved by using coloured filters (gels) in two different colours (red and blue) so that when applied they would absorb the colour of the text and images related to the performance that was not attended and show only content related to the one that was watched. 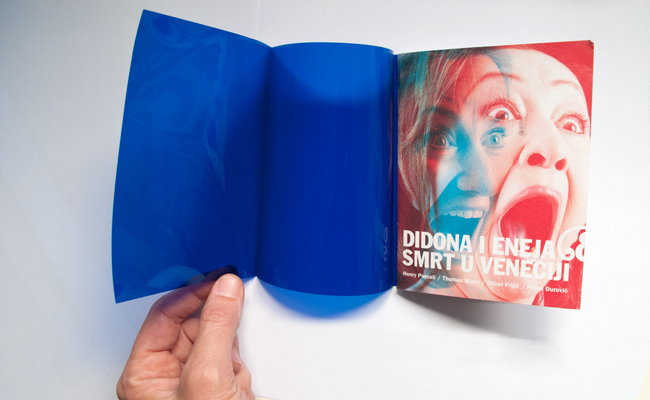 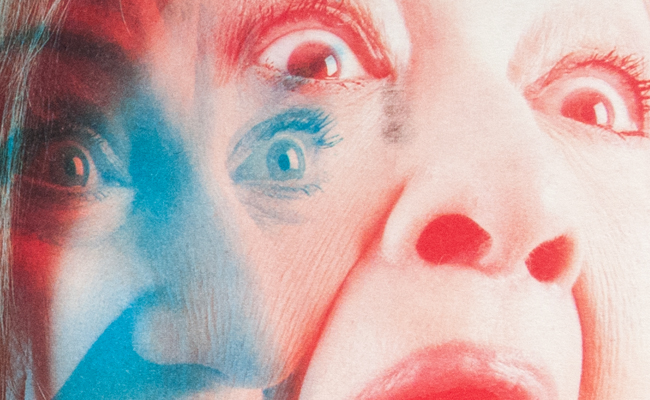 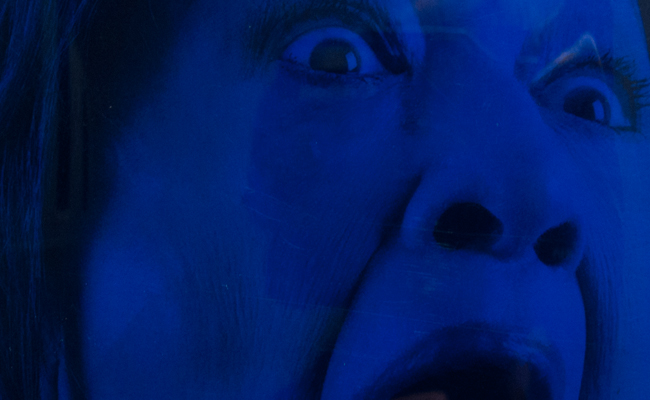 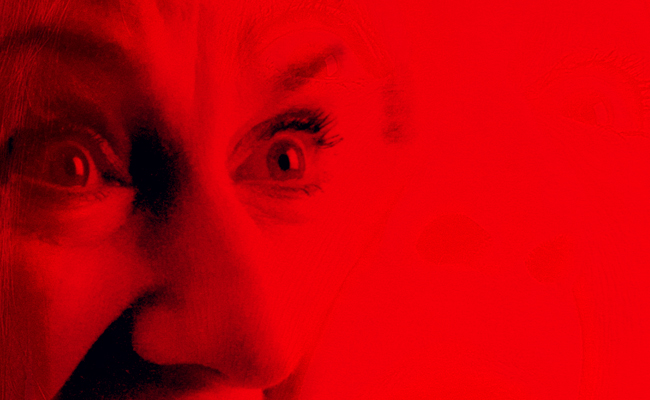 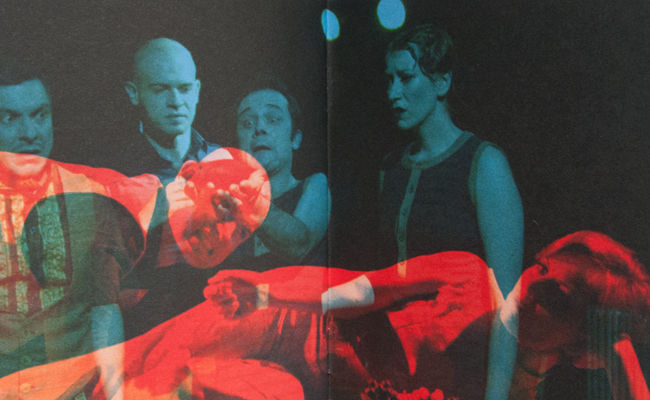 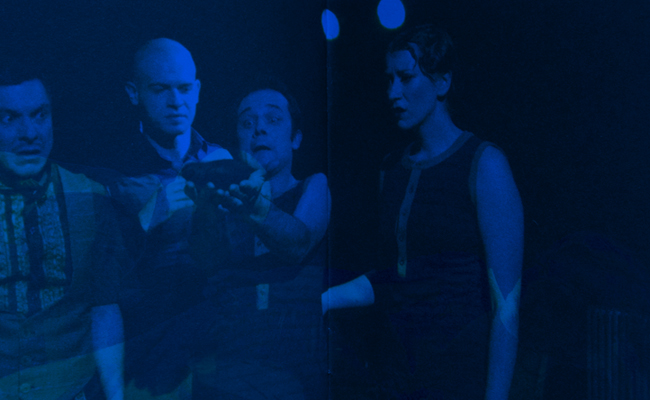 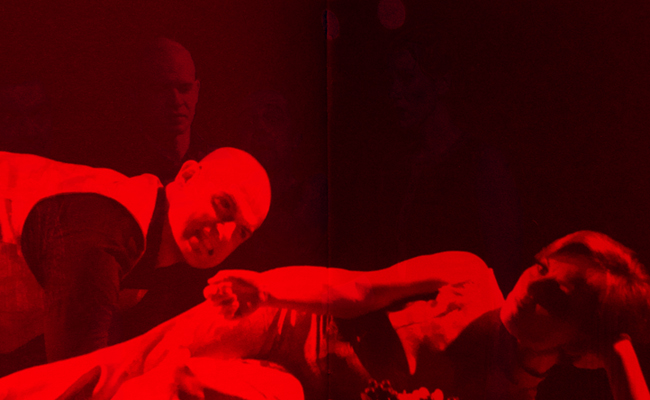 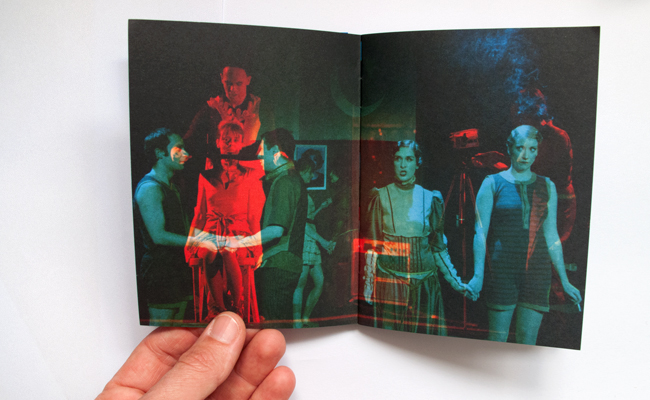 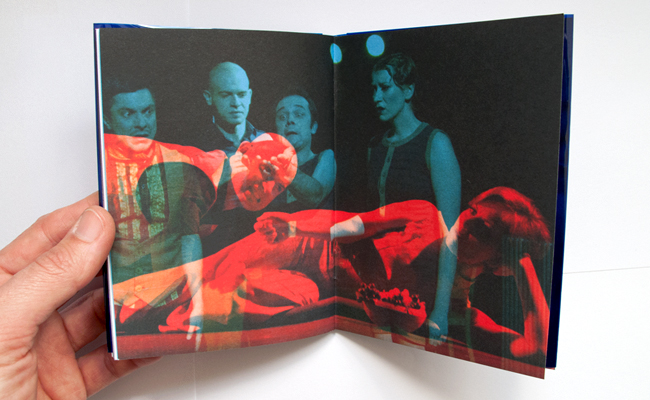 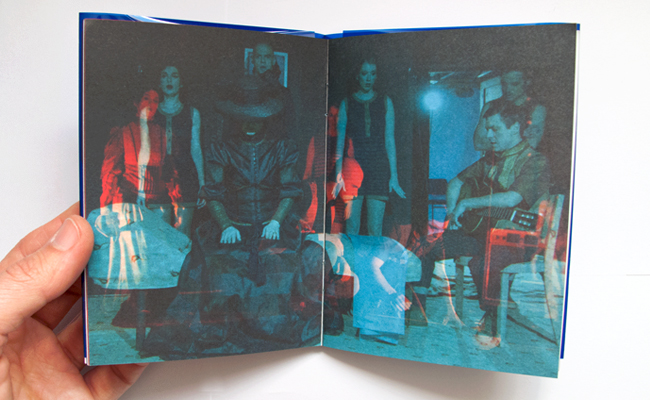 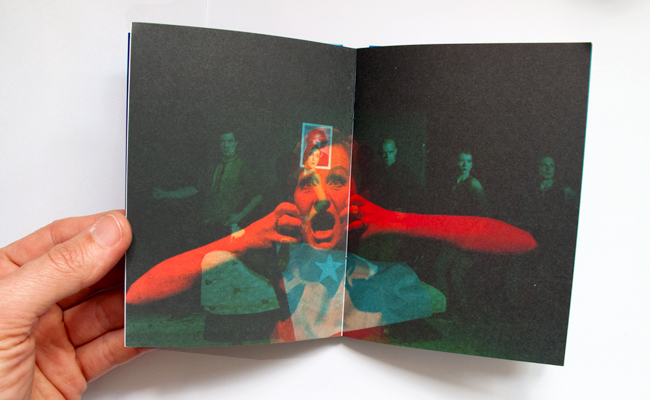